Today’s gasoline and diesel are not the same as what was purchased in past decades. To meet the needs of its customers, Co-op continues to evolve its fuels, whether that’s to accommodate advances in engine technology, increases in efficiency or reductions in emissions.

The Co-op Refinery Complex has been fuelling Western Canada since 1935. Engineers formulate fuels and blends to offer power and performance throughout the year. To accommodate our climate, diesel blends can change more than a dozen times, ensuring you receive the best-performing fuels no matter the season.

The products we manufacture and distribute must have a consistent quality for our customers but also must adhere to federal and provincial regulations.

Each province in Western Canada maintains its own mandate on fuel blending. While British Columbia and Alberta require a minimum five per cent renewable fuel in gasoline, Saskatchewan and Manitoba require 7.5 per cent and 8.5 per cent respectively. British Columbia requires four per cent renewable fuel in diesel, but it’s only two per cent in the Prairie provinces. Co-op, like all other fuel producers, meets these regulations through different blending rates throughout the year to account for seasonality concerns – such as gelling of diesel fuel in winter.

Now, the federal government is working toward a Clean Fuel Standard with the aim to reduce greenhouse gas emissions by 30 million tonnes annually by 2030. Federated Co-operatives Limited (FCL) remains engaged in discussions with the government, both directly and through its membership in the Canadian Fuels Association.

In meeting its greenhouse-gas-reduction goal, the Clean Fuel Standard aims to stimulate investment in low-carbon fuels and clean technologies, improving how we produce fuels and increasing the use of renewable and low-carbon fuels, such as ethanol, renewable diesel and synthetic fuels.

In preparation of the upcoming national Clean Fuel Standard, Federated Co-operatives Limited (FCL) acquired an ethanol production facility in Belle Plaine, Sask., in May 2019. Just 45 kilometres west of Regina, Terra Grain Fuels is a 185,000-square-foot plant that can produce 150 million litres of ethanol every year.

FCL will purchase more than 400,000 metric tonnes of grain and other starch-rich crops directly from farmers and contribute more than $100 million annually to the local economy from this plant. 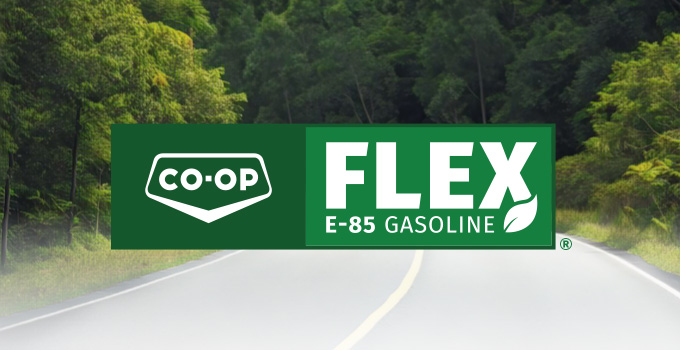 Co-op continues to improve its existing fuel products and launch new ones into the Western Canadian market. In 2019, we had a limited launch of CO-OP FLEX E-85 GASOLINE® and CO-OP® HCR Diesel at two British Columbia locations.

CO-OP® HCR Diesel is the first time a blend of over 50 per cent renewable diesel has been commercially available in Canada. Renewable diesel and biodiesel are both derived from the same feedstocks – vegetable oils and animal fats. Unlike biodiesel, renewable diesel can directly replace conventional diesel or be blended at any rate.

While these products won’t be widely available in the near term, they represent the investments and innovations being done in preparation for the next generation of standards that will help fuel Western Canada.