No summer is complete without a classic Western Canadian road trip. There's nothing better than taking in the spectacular sights across the Prairies, into the mountains and along the Pacific Ocean.

Need some road trip inspiration? We picked out five must-see landmarks that map an exciting route through Western Canada and into Ontario. With plenty of CO-OP® Gas Bars to help you along the way, you'll have a blast finding your summer!

When you're on the West Coast, head to the Cowichan Community Centre in Duncan, B.C., and make it your goal see the World's Largest Hockey Stick and Puck. Commissioned by the Canadian government for Expo 86, the stick is made of steel-reinforced Douglas fir beams and is 40 times larger than normal. 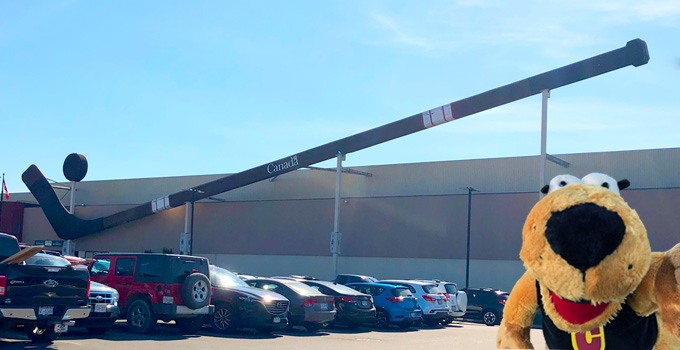 A drive through Drumheller, Alta., wouldn't be complete without dropping in to see the World's Largest Dinosaur. The 65-tonne dino is four and a half times larger than a real Tyrannosaurus rex and offers a terrific photo op for those willing to climb 106 stairs to peek out through its teeth.

In 2005, Kyle MacDonald put an ad online, asking if someone would trade anything bigger and better for a single red paper clip. A series of trades including a fish pen, a doorknob and a Hollywood movie role led to the final trade for a house in Kipling, Sask. The Big Red Paper Clip was unveiled in the town in July 2007. At almost 14 metres long, it's a clip worth a trip. 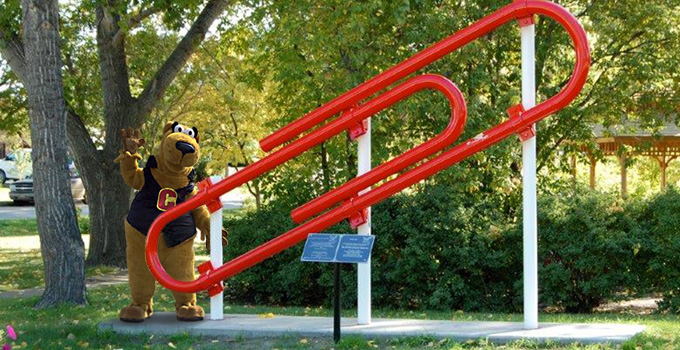 In the Sunflower Capital of Canada, a reproduction of one of Vincent van Gogh's sunflower paintings installed by local artist Cameron Cross welcomes the world to Altona, Man. The painting, which is seven by 10 metres, weighs in at 3,600 kilograms and sits on an easel 23 metres tall. 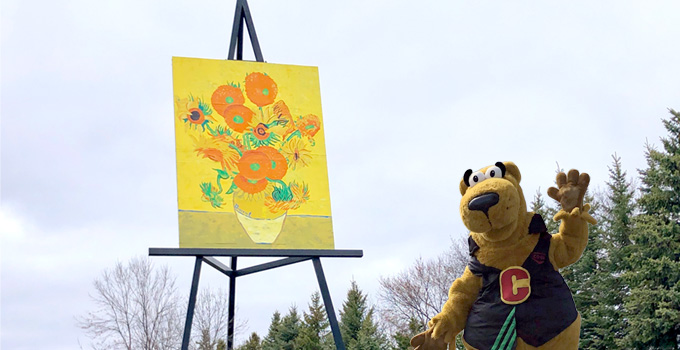 In Kenora, Ont., along the Trans-Canada Highway, the ultimate big fish awaits—a 12-metre, 2.5 ton sculpture of a muskellunge made from steel, plywood, resin and fiberglass matting. The sculpture of Husky the Muskie has stood in McLeod Park since 1967. 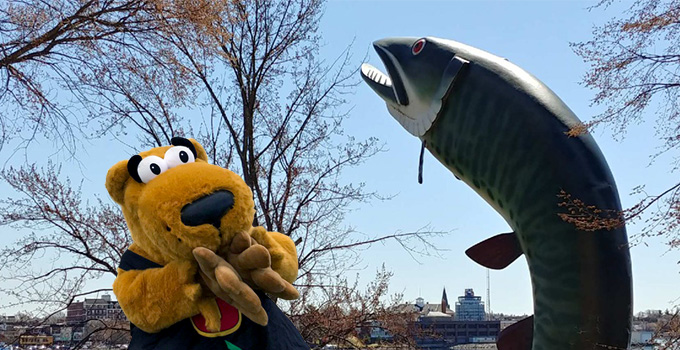