If you’re leaving town and heading out on a road trip, make sure you plan some entertainment! To get you started, we’ve listed our favourite road trip games below, along with printable Road Trip Bingo boards. Whether you’re travelling with your best friends or your entire extended family, these games will make the trip pass by quickly – no matter how far your destination is.

Stop at a Co-op Gas Bar before you leave or along the way to fuel up and stock up on snacks and coffee! 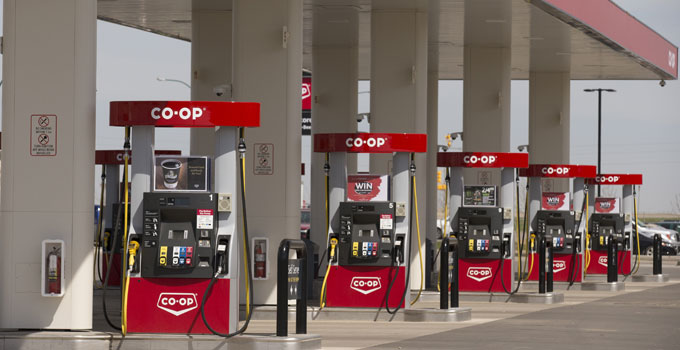 Create a series of Bingo cards featuring pictures of things you are likely to see on your road trip. For example, different types of businesses (like Co-op!), cows, horses and different colours and types of vehicles. Cross out the objects or animals as you see them. The first person to get all the items in one row, column or diagonal wins!

Pro tips: Print multiple cards so you can play multiple rounds. This is a good way to keep kids busy and entertained on long road trips, and parents can make it more fun by having goodies on hand to give out as prizes.

Disclaimer: Bingo should not be played by the driver.

Alphabet Categories Game
Difficulty Level: Easy, appropriate for ages who know (or are learning) their alphabet

This game make the time fly by. You'll make it from point A to B (and even all the way to Z) before you know it! Start by selecting a category such as “fruits and veggies.” Then go from person to person listing items in that category in alphabetical order. For example, Player 1 says “Apple”, Player 2 says “Banana”, Player 3 says “Carrot,” and so on. Make the game more interesting by putting time limits on how long a person has for their turn. If a player fails to name something in the allotted time, they could face consequences such as losing their next turn or having to recite the alphabet backwards.

The First Letter - Last Letter Game
Difficulty Level: Medium, appropriate for ages 8 and up (or younger, with help)

This game is most often played with place names — so pay attention to all those road signs! The first player starts by saying the name of a town or city. You can start at the beginning of the alphabet or start with the name of your hometown. The game continues with the next player saying a place name that begins with the last letter of the previous word. For example, if Player 1 says “Saskatoon”, then Player 2 could say “Nanaimo”. Place names can’t be repeated! Add a level of difficulty by putting a regional restriction on your place names such as only allowing towns and cities within Western Canada or a specific province. The game ends when no players can think of a town or city that starts with the last letter of the previous place name. 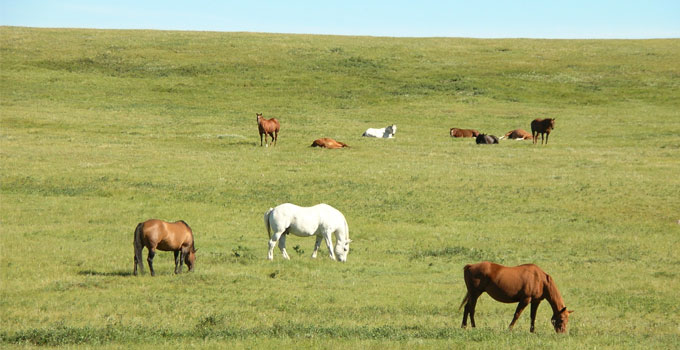 Horse is probably one of the easiest road trip games to execute and is oddly satisfying for all ages. The game is essentially counting all the horses you see along the drive. The first person to say “Horse!” upon seeing a horse gets a point. The game becomes especially interesting when you come upon a herd of horses — it can turn into a friendly shouting match. The game includes live horses, as well as pictures and statues of horses. To claim points for fake horses, you must say “picture of a horse” or “statue of a horse.” The game ends when you arrive at your destination. The player with the most points wins. Disclaimer: This game relies on the honour system, and players are expected to keep track of their own count.

The points system is as follows:

Pro tip: This game is perfect if you're travelling with people you'd like to get to know a bit better. 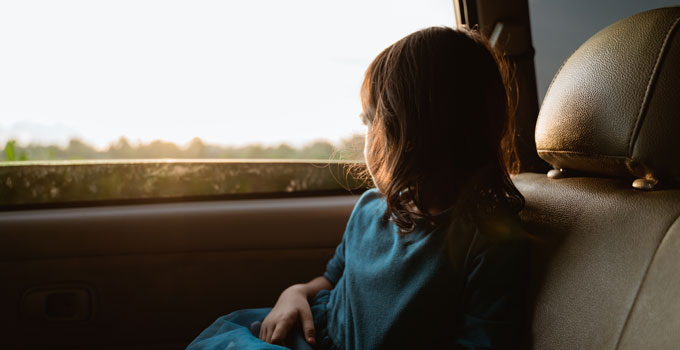 This game involves making a fortunate statement out of an unfortunate one. To begin, the first player starts by saying “Fortunately…” followed by a fortunate statement. The next player turns that statement into an unfortunate one by stating “Unfortunately…” followed by something negative. For example, Player 1 says, “Fortunately, we’re all travelling to Grandma and Grandpa’s together.” Player 2 says, “Unfortunately, Grandma and Grandpa have been turned into dinosaurs!” Player 3 could say, “Fortunately, I’ve picked up some dino food at the last Co-op Gas Bar we stopped at!” and so on. The game ends when a player can’t think of a statement or you arrive at your destination.